If ever there was an ensemble movie where everyone pulled their weight, this would be it. Shoplifters is a rare example combining flawless cast chemistry with expert role distribution. And between them, a moving story unfolds.

Director, writer and editor Hirokazu Kore-eda steals the heart of audiences stealthily, with vignettes drifting lazily along offering slice-of-life moments of the Shibatas. We first meet Osamu Shibata (Lily Franky) with his son Shota (Kairi Jyo) at a supermarket, and their shifty eyes signal something’s up.

They split ways and Shota does some finger twirling ritual before he drops something into his bag. Next thing you know, the pair rejoins and exits the store – bags full of shoplifted items. Not the typical family already. 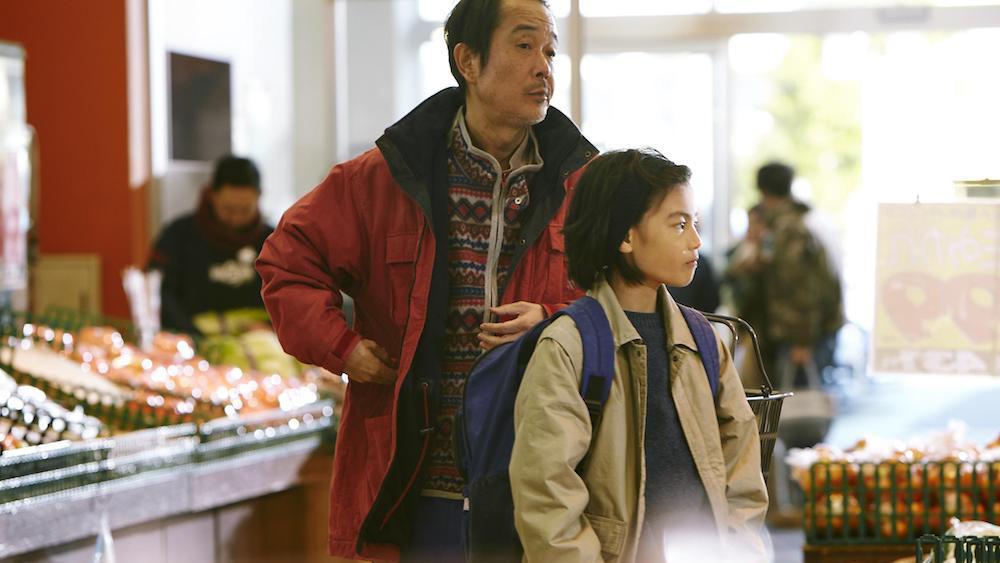 As they make their way home, they see a waif huddling at a balcony. With temperature dropping, they bring her to their ramshackled hut to give her some shelter and are met with amusement from Granny Hatsue (Kirin Kiki), derisiveness from wife Nobuyu (Sakura Ando), and a blase “you forgot the shampoo!” sister Aki (Mayu Matsuoka).

Her name is Yuri (Miyu Sasaki), and it seems that she stays in the same unit she was found at, but spends her time mostly outside as punishment. The Shibatas are shocked, and also discovers scars on her arms. They debate on their options, but afraid of the law, returns Yuri to her home after feeding her.

When Osamu and Nobuyu reach the unit, they hear the lovers quarreling, and the mother even shouts, “do you think I wanted her in the first place?” It’s clear that no love’s lost with Yuri’s disappearance. Nobuyu’s surprising maternal instinct surfaces, and she chooses to bring Yuri back to their own home.

What plays out for the next 90 minutes, is a curious mix of bonds that are endearing and heartbreaking. While the days go by and Yuri’s future in the family becomes lovingly intertwined, we also encounter the complex relationships between the members, and discover all is not what it seems.

In one scene after coaxing a jealous runaway Shota back home, Osamu asked him if he’s ready to call him dad, which he refuses. There’s also plenty of talks about how they are tied together by money, and in one scene, Hatsue even says she happily “chose” Nobuyu as her family. When Aki returns home from her shift doing performance sex work, granny also chides her for using her sister’s name, who is never seen in the house.

The truth is served up quickly in the last half an hour, triggered by a purposeful capture of Shota by the police. And the untangling hurts.

Shoplifters seems to be a family film about poverty, but is really a commentary on middle-class systems left unchecked and gone wrong. Challenging the sacred terms of what a “family” is all about, the moralistic audience would tsk tsk heavily at the mercenary agendas of each character, but then lose sight of the exact point the director is trying to raise. It could be about the money, but it can also be about love and respect at the same time.

Juxtaposing the family’s cheeky warmth and easy ways about life, against a “proper” father and daughter who has the resources but fails to nurture, Shoplifters challenges the importance of blood in a unit’s cohesion. It lays out highly philosophical questions, masked in mundane questions and simple moments, while achingly exploring the theme of loneliness and its crushing presence.

Thinking back, a shot of the family watching fireworks was one of the few that moved me close to tears. It was a break from an environment of judgement, and highlighted their astonishing and surprising innocence. An unfettered rooftop shot – a group of individuals who enjoy each other’s presence, shuffled about on their narrow deck, squeezing for a spot, to catch a glimpse of the fireworks they can hear but can never hope to see.  One of the purest moments of happiness in the entire film.

A stealthy and heartbreaking look at human relations and their fear of loneliness and acceptance, delivered to perfection by a stellar cast and formidable director.