Also known as Wu Kong Zhuan, this newest adaptation of the Monkey King’s adventure stems from the writings of an internet sensation by the name of Jin Hezai. The budding internet novelist burst into fame in 2000 with a version that layered modern-day ideas into the classic, in a more consumable tone. Think Young Adult writing.

He joins director Derek Kwok in the 8th movie remake, and fails under the transition curse. When one takes a step back from Wu Kong, this prequel arc makes sense. But once the actual story gets filled in, this journey becomes a mess. 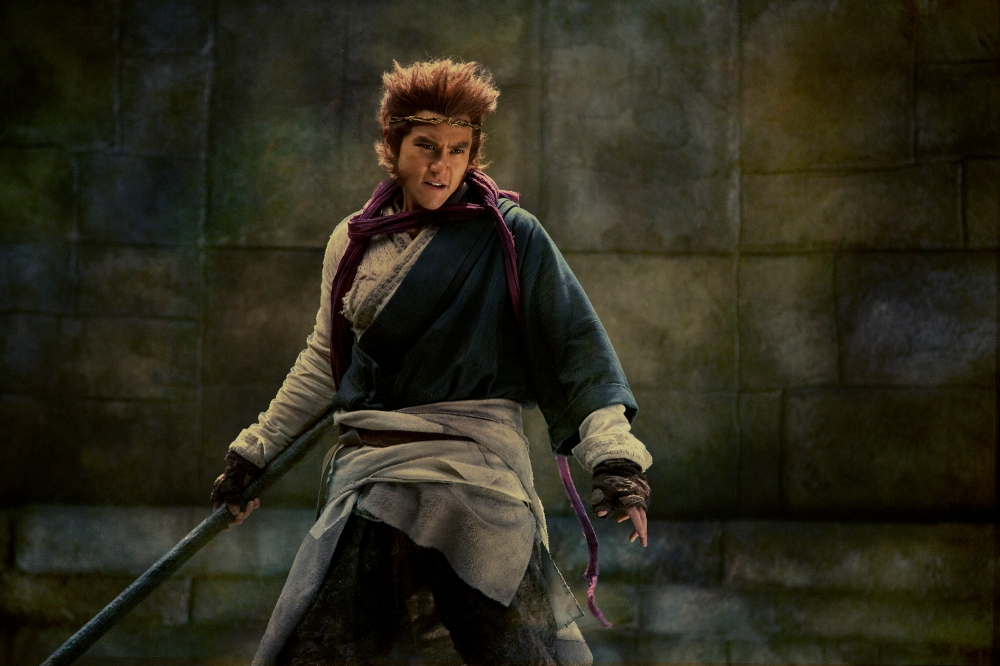 Set 500 years before the more familiar chapters (that of the Monkey God wreaking havoc in heaven, and his legendary Journey to the West), Wu Kong sets up the beginnings of how the deity came to get his angsty, rebellious self.

Born from the heart of a demon destroyed, the monkey grows up and trespasses into Immortal Mountain. It’s here that humans begin their conversion course into immortal-hood, and it’s here that Wu Kong (Eddie Peng) displays his powers to gain entry. His real agenda though, is to destroy the Divine Astrolabe – a device that prescribes destiny to all creatures. Given that he felt shortchanged for wanting to master his own fate, Wu Kong aims to destroy the device so that he can draw his own path in life.

Stopping him is a great goddess-general-type deity Hua Ji (Faye Yu), who guards the instrument. She lets him into the school, only to confirm her suspicion that Wu Kong does indeed harbor the Demon Heart within him. With the help of her plucky daughter Zi Xia (Ni Ni), aspiring immortal prodigy Yang Jian (Shawn Yue) and trusted bodyguard Tian Peng (Ou Hao), she moves in to destroy the demon-born. 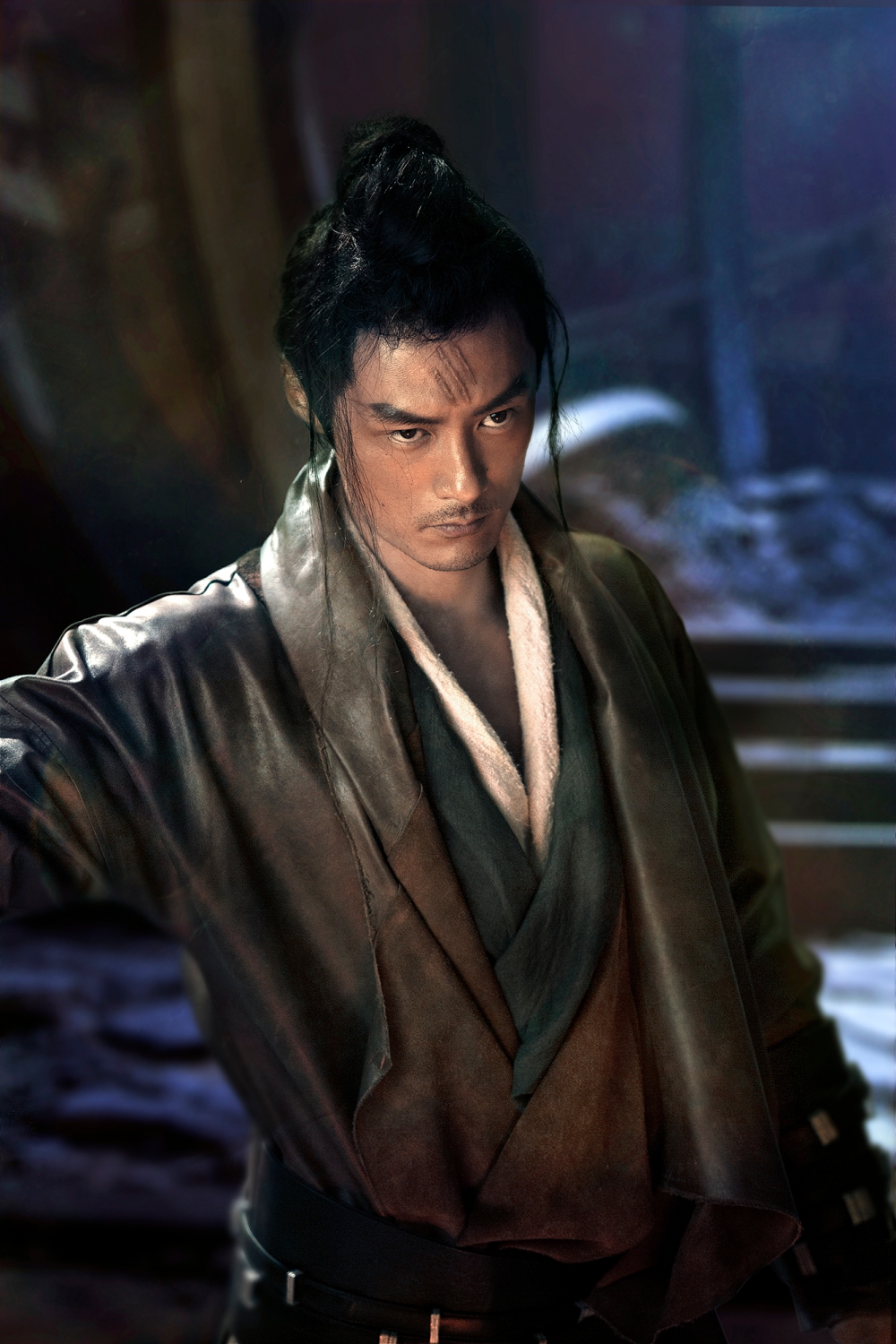 It’s a blockbuster by any measure. You’ve got your star-studded line-up, giant sets, pompous costumes and even more OTT effects. As with a lot of the popular movies made-for-China, Wu Kong is a visual-fest. A videogame of a movie (especially that end boss scene) that satisfies the mainland market’s hunger for pretty things. And there’s plenty to choose from. From Peng’s A-grade jawline to fresh-as-spring Ni Ni (a lovechild surely of Shu Qi and Jelly Lin), from glittering Milky Way to unicorn-worthy sunsets, this movie is Instagram-worthy from start to end.

A good thing, because it takes the edge off of the insipid story and acting.

Wu Kong wavers a lot. It’s creature that does not know its boundaries, much like the titular character. For sure it draws a lot of inspiration from the notable Stephen Chow’s works. There’s the unexpected flippancy of Zi Xia, the awkward humour of admirer Juan Lian (Qiao Shan), and the merging of tech with tradition in the rogue village scenes. But unlike Chow, director Kwok seems to be a fish out of water with these elements, as they sit awkwardly in this movie. 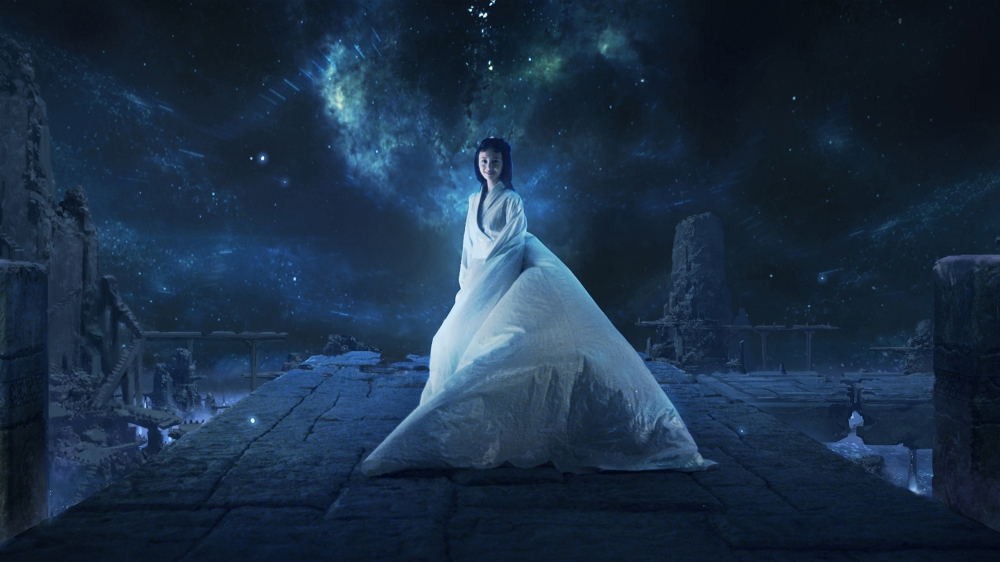 At other times, Wu Kong goes fully soap opera. There’s the iconic “close your eyes I’ve got a surprise” maneuver from Tian Peng before maiden gets swoonsome. How about some earthly seeds that Yang Jian picked so that he can make Heaven the same as Earth for Zi Xia? There’s also plenty of prop devices that will churn your stomach, including two halves of a meteorite and an embroidered scarf. The film not only magnified the scale but the cheesiness as well. It would maybe be easier on my stomach if there was a better premise set up, but the director is clearly straining with material.

Kwok has also delivered a film suffering from plot gaps and terrible edits. Scenes rarely extend beyond one single exposition, before somersaulting to the next. Characters can die and resurrect without reason, all logic tossed aside in a terrible sleight-of-hand. 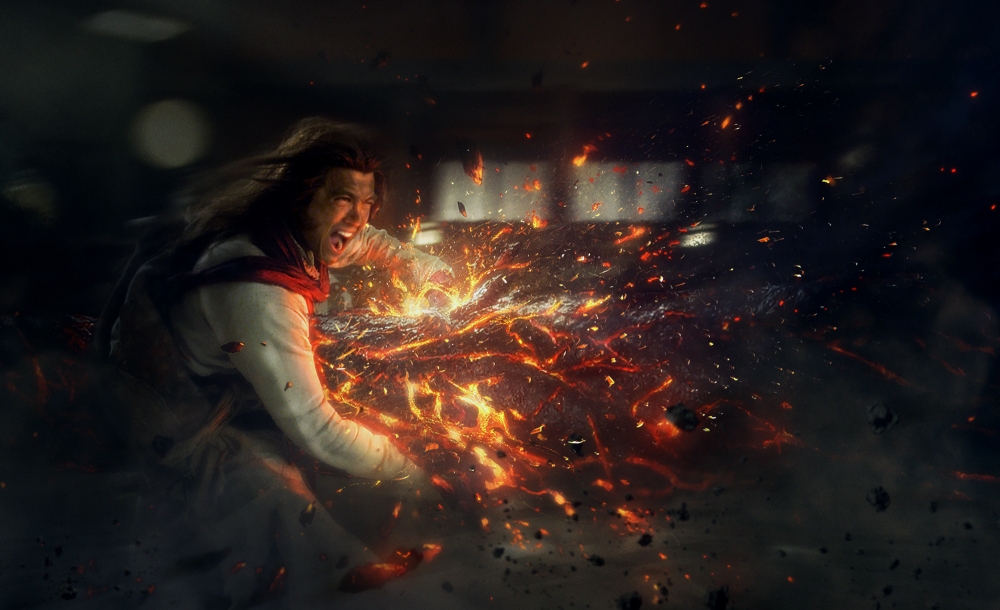 As it launches itself, dabbling into the franchise trend (or at least a film trilogy), Wu Kong could have been a pleasurable quest. The potential of ready fans and strong cast is, however, wasted. The classic tale reboot aims for heavenly heights, but unfortunately lands squarely in the pits.

Strong and attractive cast fails to move past their poor script, reduced to striking photogenic poses while delivering sappy lines in a runaway film.