The 70s and 80s is having a great run in entertainment these days. From Stranger Things and Dark, to Ouija and It, the period serves itself well in the horror genre, most notably because there’s no mobile phones to the rescue.

Satan’s Slave is a remake of Sisworo Gautama Putra’s 1980 film of the same name, Pengabdi Setan. Director Joko Anwar has chosen to keep to that period and it works – mostly. 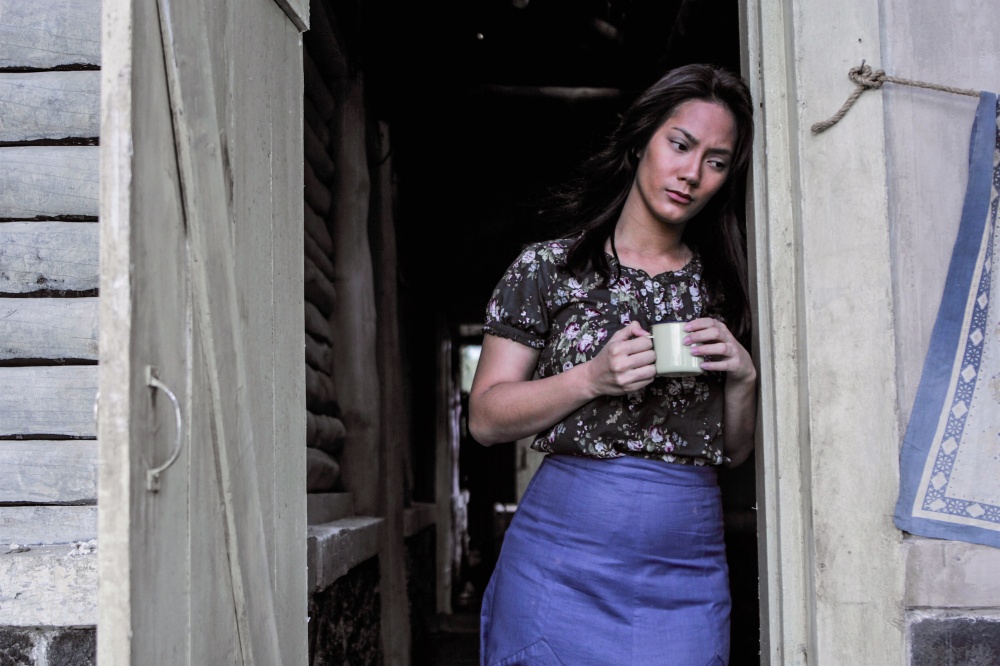 Rini (Tara Basro) is primary caretaker in a an old house on the outskirts of Jakarta. She manages her three younger charges, Tony (Endy Arfian), Bondi (Nasar Annuz), and Ian (Muhammad Adhiyat), along with her ailing mother Mawarni (Ayu Laksmi) and elderly grandmother Rahma (Elly D. Luthan). Her father (Bront Palarae) meanwhile tries to find ways to take care of the family’s finances that are being depleted by his wife’s mysterious illness.

After Mawarni’s sudden passing, Rini’s father goes off to town to salvage the family’s situation. But it seems Mawarni might not yet be done, and returns to haunt her family, leading her children to uncover a dark past and shocking revelations.

Anwar has kept his CG to a minimal, with respect to the authenticity of that period, and it’s an admirable one. I personally went in thinking that it would have a gritty effect, adding realism to the proceedings. Sadly, it comes across more as amateur mistakes. 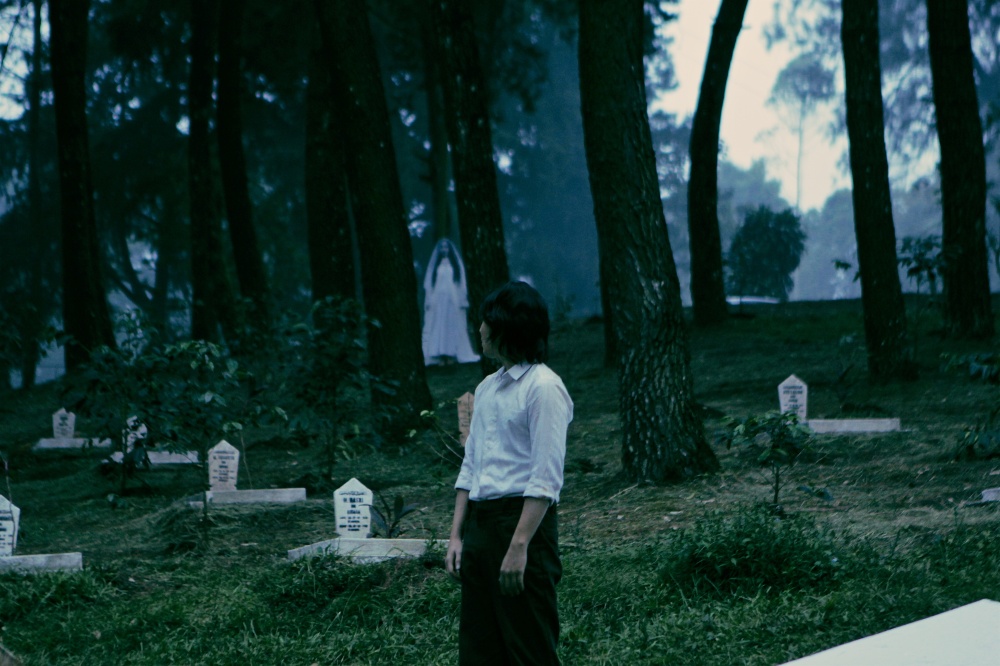 I’m all for old-school tactics. Fishing line pulling objects, camera play to perform appearances, exaggerated makeup, all these can be good campy fun. But somehow in Satan’s Slaves, it looked out-of-place and more of a mistake, probably because the rest of the art direction and styling is so polished.

And even with the skillful design, it’s all a little… deliberate. In fact, that word keeps popping up in my mind throughout the screening, as Anwar stacks plot device after plot device in such a contrived manner, that even the most clueless viewer will be able to guess what’s going to happen.

There’s the gothic picture hanging at the corridor. The dank well. The summoning bell. Adding to that, there’s an obvious familiarity to the elements. The View-Master? The Forest. The picture and cloth sequence? Conjuring. The open-mouth twisted face look? Ju-On. It’s no sin to draw influences from other horror flicks, but when they are incongruent to the main story, they end up sticking out as copycats.

Beyond the actual scares, the lack of logic is a real pain. In one scene, when Bondi plays with the View-Master and sees something he shouldn’t, he drops it. After warily picking it up and looking through it again, there’s no reaction or indication of that same slide.

In another, where Hendra (Dimas Aditya) returns dead from an assignment, Rini picks up a fallen envelope, only to keep it, unread. Given that she sent him on the errand, this is a little hard to swallow. She then conveniently decides to wake up one night and head over to the bag where she kept it, to read it and discover the truth. Erm, awkward.

These obstacles stand in the way of Satan’s Slaves fulfilling its potential. It has reached over 4 million admissions in the home country and won several awards in local festivals, but when placed on an international stage, it has to be acknowledged as a worthy effort, but not exactly scary or riveting material.

A lot was lost when Anwar diluted the original film’s premise – that of a family opening themselves to evil when they turn away from God – and this makes 2018’s Satan’s Slaves a ghost of the former.

Stylish and decent-enough acting cannot compensate for the deliberate manner in which all the scenes are built up. Anwar’s effort bears international influence, but should have adhered to the more traditional for more impact.