My earliest memory eating at a kopitiam is also one of my fondest.

It was a coffee shop beside the main market at Toa Payoh Lorong 8 and it had all the fixtures – slightly slippery floor tiles, wooden chairs caved to the butt with floral pattern worn away by diners, cracked marble table tops turned grey with use.

The menu at such places was in the air. At one corner, a wanton noodle seller chopped up smoky charsiew. At the other end was the area’s favourite prata uncle, flipping his doughy pancakes in sizzling ghee. In the middle, the kway chap stall stood dominant, black soup billowing savoury plumes.

At the back was the lord of the compound – the drink seller, or kopi uncle. Through a glass cabinet, one could see his daily stock of bread and condiments. Planta, sugar tubs, kaya tins and pairs of soya sauces and pepper shakers. He governs the stalls with his beverage jugs and brandishes the Good Morning towels like his house banner.

The kopitiam got renovated in the 1990s. Chairs turned plastic and tabletops switched wood for laminate. Gone were the dirt and grime – probably decades of it. It was never the same again. 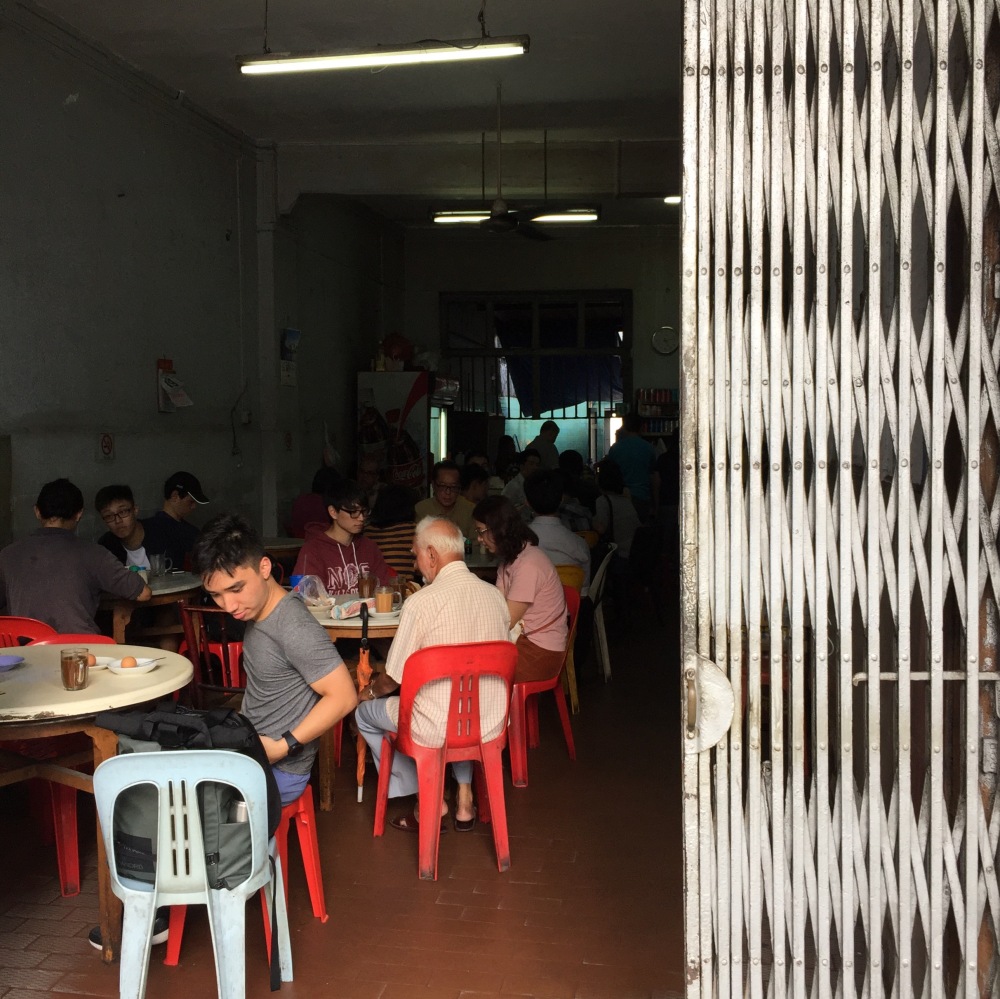 Hup Lee closed her doors on 22 August 2017 – the latest old-style kopitiam to fold.

The reasons are bittersweet. On one hand, the hardworking owners managed to sell off the shophouse with tidy enough sum to ensure a comfortable retirement. As for the other reasons cited, falling patronage and ailing health of local figurehead kopi auntie Mdm Foo Mui Ya, 68, was cited.

Since news broke in early August, nostalgia fans have made their way down to the old shop. Toting curiosity and cameras, everybody wanted to capture this business before it shutters for good. I was one of them.

Time stands still at this place – literally. As the traditional calendar curled under the weak fan, it showed 19th on its page even though it was already the 21st. 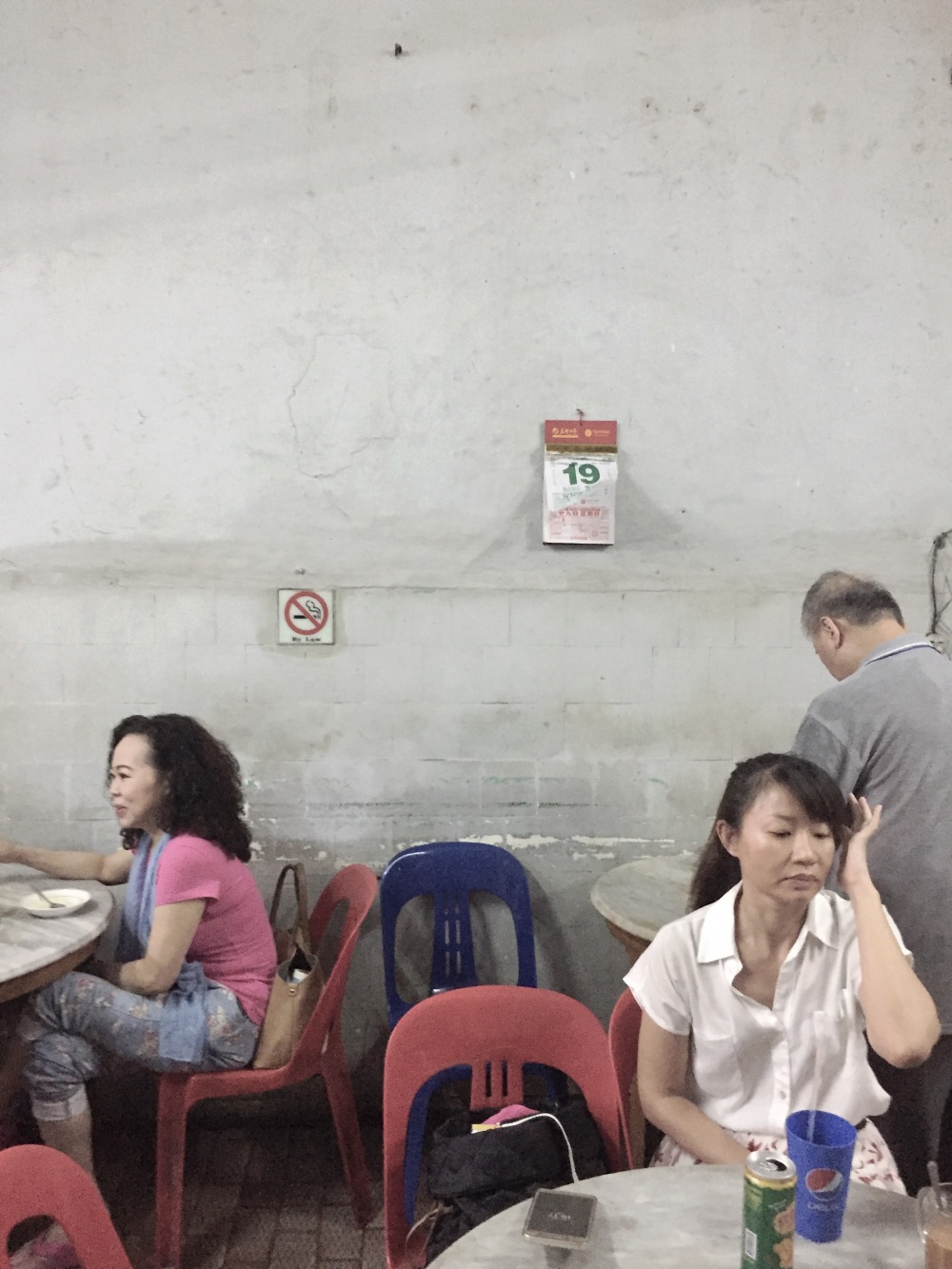 I reasoned that this may be because the family has had to deal with a deluge of visitors this fortnight past, and with manpower strained, it became meaningless to tear away the last days. Or maybe it was a way of avoiding the matter of closure? This last weekend past must have been particularly overwhelming.

Since the 1950s, Hup Lee has been selling charcoal grilled kaya toast, soft boiled eggs, and sock-filtered coffee and tea to local patrons. They are also one of the few places to serve guyew kopi (coffee with butter) and has remained a family-run business since its beginning.

Things don’t last really long in Singapore, where anything above 50 years is considered old and likely earmarked for demolition or revamp. Like many other places in Singapore, this first day-last day phenomena is not that uncommon. Ironically, as trends surge towards modernisation, old is now becoming gold. For all the exposed pipes, screed cement, peranakan tiles and flying pigeon bicycles a hipster cafe may summon, you just can’t buy peeling paint and a resident cat. 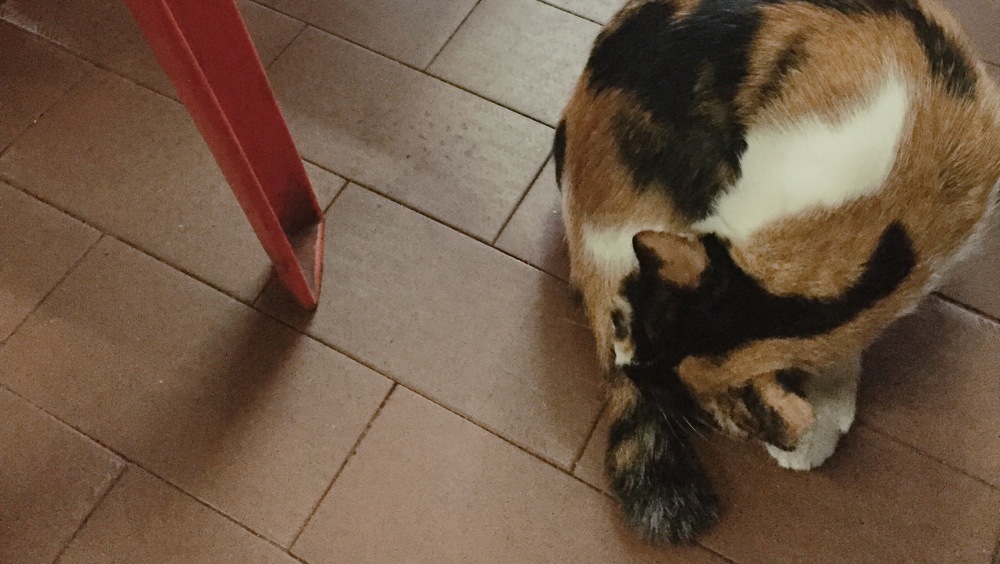 It’s really like another world when you step into Hup Lee. Not only are things a little grimy and stacked haphazardly, there’s no real ordering system in place. But beyond logistics, there’s an ethos here which is also not only otherworldly on its own, but fast becoming extinct.

Ever since Mdm Foo started working here, she has never taken any days off, minus the first two days of the lunar Chinese New Year.

Outside, in offices everywhere, work weeks have been painted so tedious, each day has its label. “Monday blues” are reflected on social statuses 52 times every year, and people bemoan the lack of an overseas holiday after a few months.

I can’t help but think – what happened?

To be clear, I’m not advocating Mdm Foo’s schedule. But as I see her doddering around, gamely clearing cups, scraping toast, then perching herself on her tall stool during a rare break, I can’t help be impressed by her attitude. What drives this elfin lady, and what keeps those eyes shining bright within a frail frame?

The answer probably comes from a documentary I watched once, of 3 Michelin-starred chef Jiro Ono. In the film, he speaks about finding purpose in your work, and how you will then have lead a meaningful life.

Mdm Foo is his Singaporean counterpart. 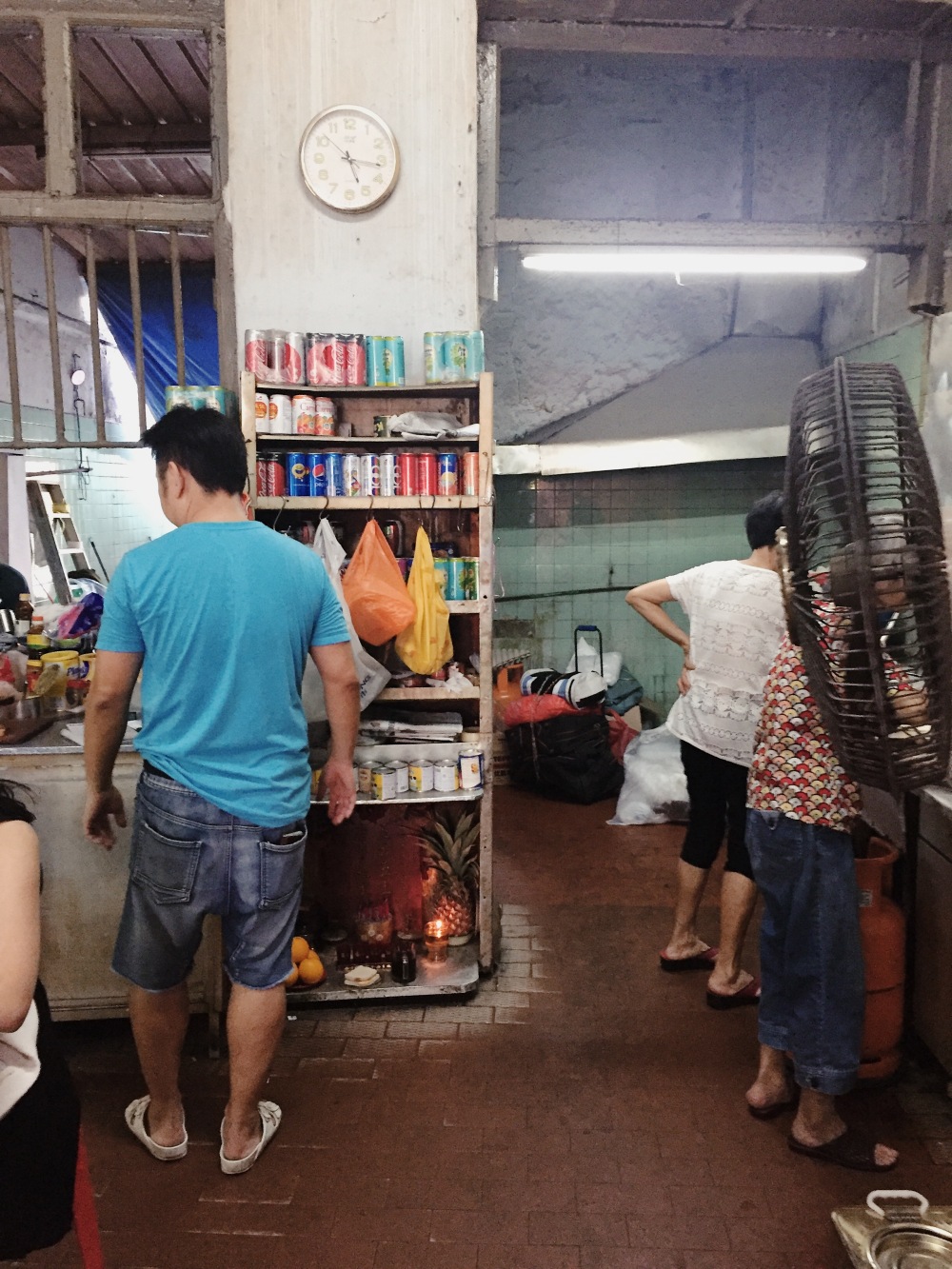 Has the pursuit of happiness, heavily marketed against the tide of work, distracted us from finding meaning in life? Are we so enthralled in perfecting an exciting life, with a manipulatively curated itinerary, that work has become anathema?

As one younger chap walked around the coffee shop taking pictures of every single process and item, from every perceivable angle, a frustrated old-timer, tanned and red-eyed, shouted in protest: “Take, take, take, all you young folks know is take pictures. You don’t know even understand that when you do that, auntie (Mdm Foo) is feeling more and more sad. Take lah, haiyah, take, take, take. Auntie gek sim (heartache) ah!”

For many that come, myself included, this was an entry in our books. For Mdm Foo, this was her self-made happiness, found within purpose and legacy.

Overheard too, was her son Mr Cheong, commenting to a patron that before this announcement, people didn’t like coming to Hup Lee because it was too dirty. This was demonstrated earlier when I saw a couple handle the cups and plates gingerly, with fingertips and cautious speed.

Looking around, I don’t think the kopitiam was actually dirty. We were just too “clean” for the kopitiam.

Keep well Mdm Foo and family. You did good.