Origin stories are coming fast and furious in the film industry these days, as studios milk successful classics for all their worth. Reboots, spin-offs – you name it, there’s one for all the major titles. Part of this movement has stories being expanded, and although this execution has proven successful for a few, it usually tends to warp them beyond recognition. The latest victim is Spanish director F. Javier Gutierrez’s incompetent exploration of the japanese horror classic The Ring.

Even when The Ring came out, the world was already moving beyond the analog universe. Gutierrez updates his version of the classic, by having copies of the eerie movie going viral, through thumbdrives and macbooks. You might think this was a long time coming, but the transition loses plenty of the horrific iconography.

This chapter starts with Holt (Alex Roe) leaving for college, leaving behind his adoring but plucky girlfriend Julia (Matilda Lutz). It’s not long before Holt disappears and the suddenly-paranoid Julia sets off to uncover the mystery, fearing beer pong friends and leggy gothic art girls leading him astray and turning him from their fledgling love. Of course, that’s not the case.

It would seem that Holt got involved in a student project with a weaselly professor (Johnny Galecki). In searching for the answer to validate his theories on immortality and some hitherto unexplained phenomena, he has enlisted the help of his students to perpetuate Samara’s clip, by offering them to new victims called “tails”. Well, this science experiment escalated quickly. We know this to be so because Julia discovers an “underground” facility of the professor, complete with twisted photos and ticking digital time clocks for each victim, not unlike some bizarre CIA operation. Unbelievable? Gutierrez has only just started.

Julia soon gets herself roped into the drama, watching the clip to save her boyfriend. When she gets persuaded to copy the file to pass on to another, the professor discovers a new clip within her version, with new disturbing imagery. This prompts our gutsy female lead to completely forget about her earlier purpose, and take on the role as Samara’s savior in the second half of the movie. Like, what?

Rings had good intentions, but it’s also a straight ticket to hell. The entire premise is structurally weak, and Gutierrez has chosen the year’s worst couple to lead the film. The pair comes across like an unfortunate Twilight update. Holt is the deflated boyfriend, who’s just about as useful as a third leg – sounds good on paper but trips you up every time. The Italian Lutz is the lovechild of Kristen Stewart and Brooke Shields. Her thick-browed furrows and pregnant pauses indicate nuance, but only appear as annoyance and completely incompatible with her environment and mood.

The flat acting is only exacerbated by the incoherent storyline and character motivations. In one scene, Julia visits Skye (Aimee Teegarden) in her apartment for news on where her boyfriend went. Skye actually wants her to watch the video, but warned by a text, Julia locks herself in the bathroom. She presses her face, completely without fear, against the door as Skye trashes her apartment as she battles with Samara. Later on, when she exits the apartment and sees the dead body there, she doesn’t seem suitably perturbed and steals the keys from the body’s pocket, only yelping when the face turns towards her. When she makes it out, she bumps into her missing boyfriend, only to get all peeved and moralistic that he is in this experiment. This girl has some priority issues. 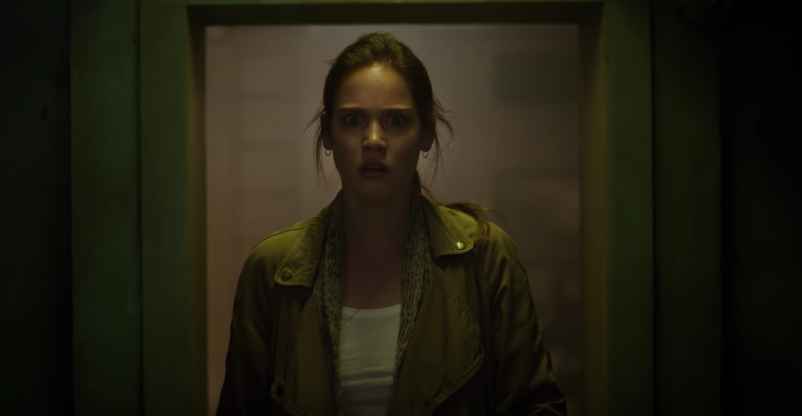 The later half plays out like your typical detective whodunnit with our too-serious Julia playing quite the exceptional Sherlock. She goes to places and meaningfully deciphers all the clues, usually after one of her meaningful looks. Um, ok. Occasionally she smothers us with heavy breathing, before a jump scare “rewards” the moment. When she finally uncovers the mystery of Samara’s new mission, detailing her terrible birth and death (but didn’t we already experience this in the earlier two films?), we can heave a sigh of relief that we didn’t expire from watching this latest dud.

The Ring had solid acting and put us through the tribulations of a mother and what she would go through to save her child. Ring Two introduced truly disturbing imagery and twisted motivations. Rings has added nothing to this franchise and is best forgotten as a studio mistake. For all the things that were brought up for nothing in the show (Julia’s sick mum, the cheated-on ex, the “tails”, the research, the cicadas, oh the list goes on), please give them a proper burial, together with this film.

The word franchise has become synonymous with easy money for producers, with the death of story-telling the true horror in this particular chapter.